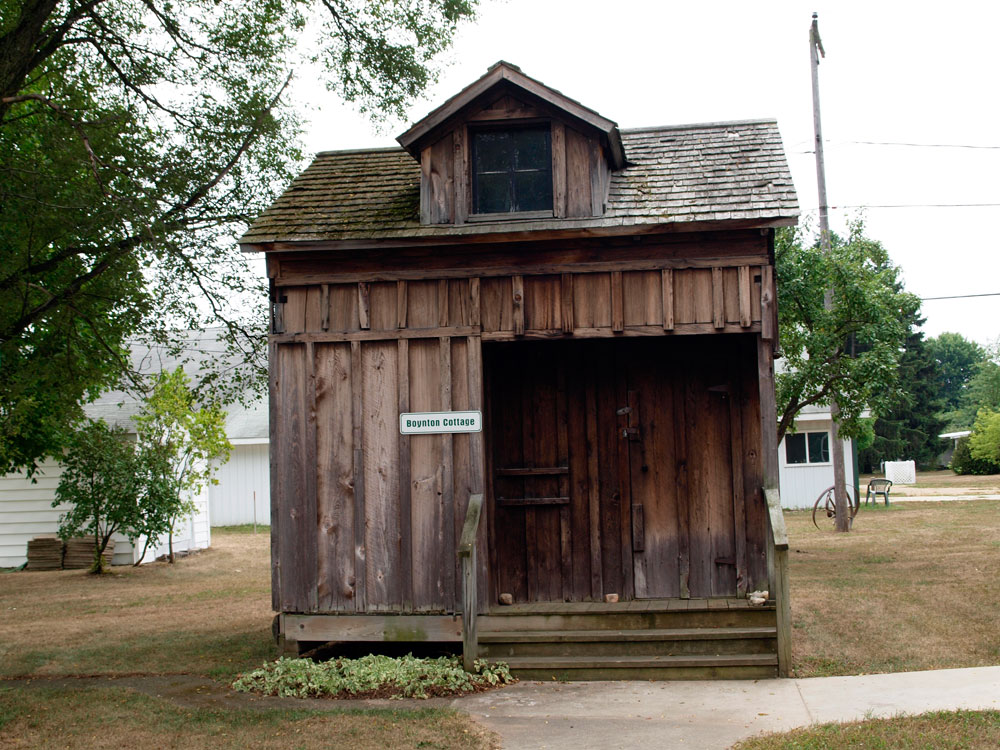 This typical lakeshore cottage, built in 1909, contains a small pot-bellied stove used for both warmth and cooking and has a loft for sleeping. 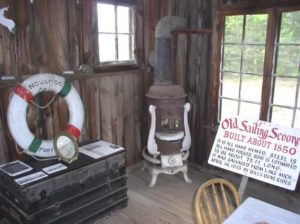 Also on display are artifacts of life at the lakeshore, including a life ring from the SS Novadoc.

A small store room-cottage that played an integral part of the Little Point Sable community’s development is displayed at the Oceana County Historical Society Museum in Mears. The small structure was built by Rev. Malbourne Parker Boynton, the original summer resident on the Little Point Sable’s south shore community, in 1909, and was donated by his descendants. Mrs. Ben Lynn ( Elizabeth) Boynton, daughter-in-law of the late Rev. Boynton, spearheaded the donation of the historic building, actually owned by two of her sons and their wives, Mr. and Mrs Melbourne R Boynton and Mr. and Mrs. Irvin P. Boynton.
The Herald-Journal, Hart, Michigan – Thursday, September 9, 1982